Show Off Your Monsuno Battle Skills
If your kids have been watching Monsuno on NickToons, then I'm sure they've already asked for the new Monsuno toys. I have been watching this exciting new series with mine, and I must sayI love it! Like other action-adventure series, Monsuno has its own toy tie-in.
The new Monsuno toy line from JAKKS Pacific includes innovative, kid-controlled action figures, accessories, combat sets, collectibles, electronics and integrated role play accessories - all designed to bring the action-packed adventures of Nicktoons' Monsuno series to life. The new Monsuno toys offer action-packed play that evolves with your child's skill level as he/she masters his/her Monsuno skills. Each of the collectible figures and cores bring to life the show's story lines.
My kids already have a few of these toys. There are Monsuno cores and transforming action figures. The goal is to knock your opponent's action figure out of the core by spinning your own core against your opponent's with the flick of a finger. Monsuno is pretty simple to play. There are no batteries required, nothing to plug in or sync with the computer.
Monsuno airs on Thursdays at 5:30pm PST/8:30am EST on Nicktoons.
INTERESTED? DO YOU WANT TO SEE MONSUNO IN ACTION?
HEAD ON OVER TO THE MONSUNO MONSTER POWER TOUR:
WHAT: Get ready for a Monsuno invasion! The all-new Monsuno toy line based on the NickToons animated action-adventure series is heading to Brea Mall. Kids and families will have an opportunity to launch, spin and battle their own Monsuno Monsters with other fans. This FREE (yes, FREE!) event will feature hands-on battle stations, tips and tricks sessions, free play, giveaways, contests, and photo pops. The photo opportunities will include kids learning to battle with Monsuno, visuals of the Monsuno Monster Tour space, clips from Monsuno episodes and more!
WHEN: Saturday, April 7, 2012
10:00 am - 7:00 pm
WHERE: Brea Mall (near the Embassy Suites Hotel)
1065 Brea Mall
Brea, CA 92821
FIND THE MONSUNO INVASION ON THE LOWER LEVEL IN CENTER COURT
For more information, visit the Monsuno or "Like" Monsuno on Facebook.
SEE YOU THERE!!!
Posted by SprMama at 2:19 AM 0 comments 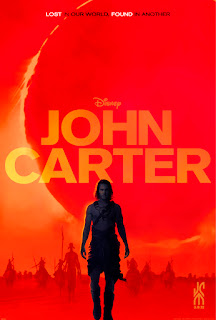 Walt Disney Studios Motion Pictures presents its newest film. John Carter is a sweeping action-adventure film set on the mysterious and exotic planet of Barsoom (Mars). “John Carter is based on a classic novel by Edgar Rice Burroughs, whose highly imaginative adventures served as inspiration for many filmmakers, both past and present. The movie tells the story of war-weary, formery military captain John Carter (played by Taylor Kitsch), who is inexplicably transported to Mars where he is reluctantly thrust in the middle of conflict of epic proportions among the inhabitants of the planet, including Tars Tarkas (played by Willem Dafoe) and the beautiful Princess Dejah Thoris (Lynn Collins). In a world on the brink of collapse, Carter rediscovers his humanity when he realizes that the survival of Barsoom and its people rests in his hands.
To learn more about the movie, visit Disney's official John Carter site.
You can also "Like" John Carter on Facebook.
This movie is rated PG-13 and will be in theaters everywhere on March 9, 2012.
Check out the exclusive 10 minute trailer and pictures:

*I was invited to a special 3D screening of this movie.
Posted by SprMama at 1:33 PM